Mercury has long been the least known of the terrestrial planets. Whereas Mars and Venus have been visited by several tens of spacecraft since the start of the space era, only one spacecraft (Mariner10) has flown by Mercury (1974-1975) and the first spacecraft ever to enter orbit around Mercury was MESSENGER (MErcury Surface, Space ENvironment, GEochemistry and Ranging) on 18 March 2011. One of the primary goals of this mission to Mercury and of the upcoming ESA/JAXA BepiColombo mission is to gain a deeper understanding of the interior structure and evolution of this smallest terrestrial planet with an exceptionally large core. Spacecraft measurements alone, however, are not sufficient to reach this goal. Additional data and insight are needed on the behavior of planetary materials at the high pressures and temperatures in the planet interior. 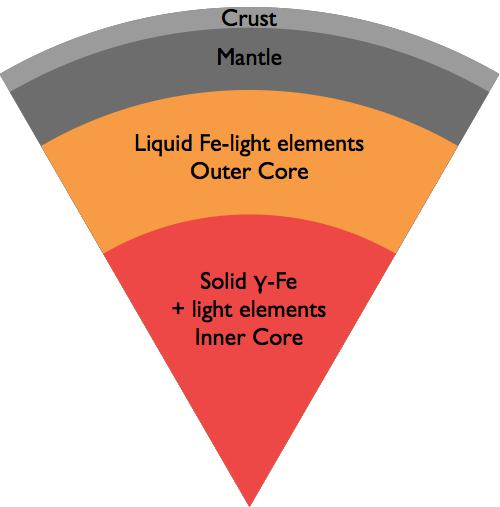 With COME-IN we aim to advance our understanding of Mercury by integrating complementary approaches from igneous petrology, high-pressure mineral physics, computational materials science, geodesy, and geodynamics in addition to using the constraints set by recent observational data. The ultimate goal is to gain deeper insight into the interior structure, composition and evolution of Mercury and to better understand the physical and chemical processes leading to the geological and magmatic diversity observed at the surface of Mercury. These objectives will be achieved by integrating several complementary lines of investigation related to the crust, mantle and core of Mercury, including performing novel high-pressure experiments and developing advanced theoretical modeling.

Laboratory experiments will be performed at the pressure, temperature, and oxygen fugacity conditions inside Mercury and are geared towards a better understanding of the differentiation and composition of the core, mantle, and crust of Mercury. Melting experiments on synthetic analogues of surface basalt compositions measured by MESSENGER, which are witnesses of their mantle sources, will bring information on the composition and mineralogy of the mantle of Mercury. 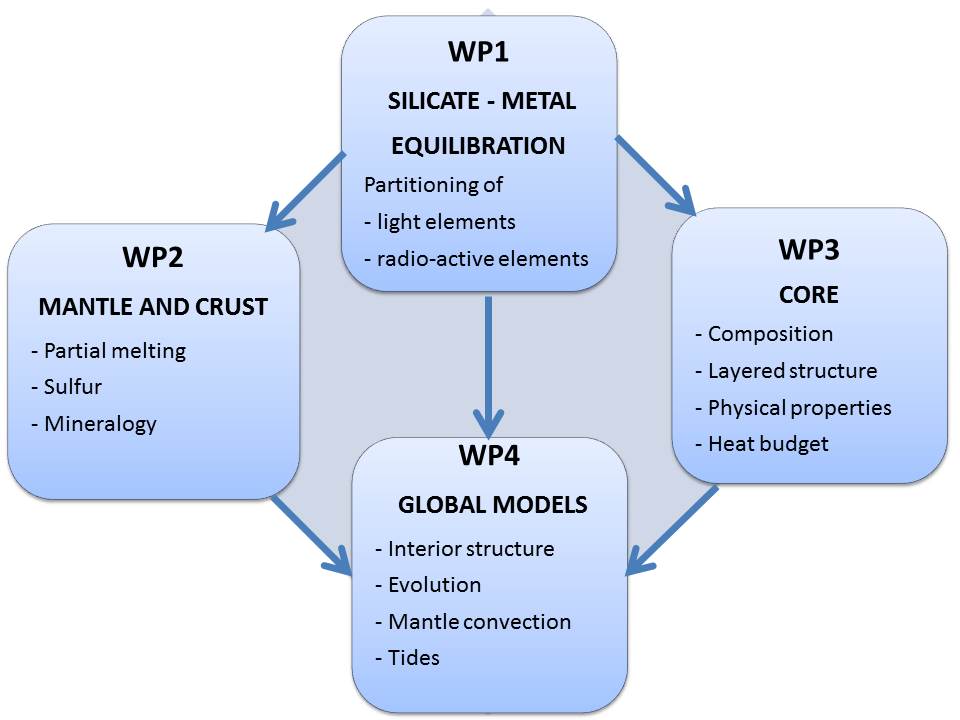 The partitioning of the light elements sulfur and silicon between liquid iron-rich core material and silicate mantle material will be investigated experimentally to better constrain the core composition. Physical properties of metals at high core pressures and temperatures will be determined from laboratory experiments as well as from ab initio calculations. In addition, coupled models of the interior structure and secular evolution of Mercury will be developed in order to jointly use data constraining the current interior structure of Mercury, its potential state after accretion, and data informing about the evolution, such as the tectonic features related to the global contraction of Mercury, the thickness of the crust and the global magnetic field. The results from the laboratory experiments will be integrated into the global models and are expected to yield the clearest view ever into the deep interior of this enigmatic planet.

Concerning the crust of Mercury, specific experiments on different compositions will enable us to:

For the mantle of Mercury we will:

The many remaining unsolved questions about the core will be addressed by a suite of investigations, ranging from high-pressure experiments to quantum-mechanical ab initio calculations in order to constrain:

COME-IN will also clarify the thermal evolution of Mercury, including the development of an inner core, crust formation, and the history of volcanism. By better characterizing the evolution, the interior structure and the bulk composition, we will also be able to learn more about the origin of Mercury. It is at present hotly debated whether Mercury originated through a so-called hit and run collision, where most of the mantle of Mercury was stripped away by a larger body, or whether the high metal content of Mercury is a primordial feature, reflecting the composition of the planetesimals that accreted to form the planet.

COME-IN will perform experiments, analyses, and modelling complementary to the data obtained by MESSENGER and required for a detailed interpretation of many of the MESSENGER data. As such COME-IN will increase the science return of MESSENGER. The results of COME-IN will also be useful in many ways for the BepiColombo mission. Not only will it allow a more accurate interpretation of the data in terms of Mercury’s interior and evolution but it will also be extremely useful in raising new questions and opening new fields of research that can be addressed by BepiColombo.